In some reservoirs with dip, gravity can be used to advantage to improve sweepout and oil recovery. This is achieved by injecting the solvent updip and producing the reservoir at a rate low enough for gravity to keep the less dense solvent segregated from the oil, suppressing fingers of solvent as they try to form. For example if oil were displaced from a reservoir by injecting a less dense, more mobile solvent up-dip, gravity would tend to stabilize the displacement front. That is, if the displacement velocity were sufficiently low, gravity forces would act to prevent the formation of fingers at the solvent/oil interface. Similarly, in water flood down-dip injection of water can work to stabilize the interface between the water and oil bank interface. There are some criteria to have a stable gravity displacement. With the same strategy that was used to find the criteria for grows of the viscous fingers (eq.(5‑40)), in the following paragraphs we will try to find the criteria for stable displacement in a dipping reservoir. 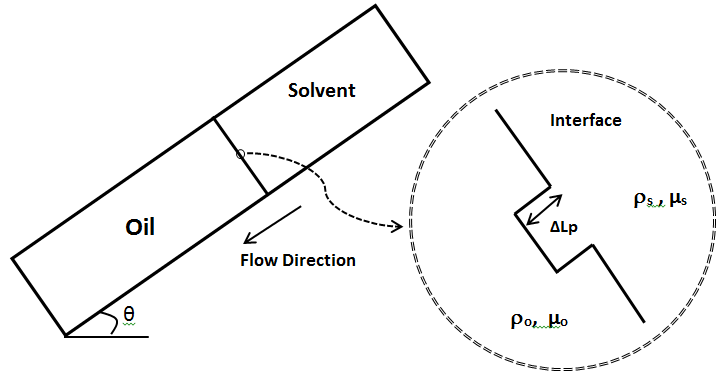 Figure 5-41: Model for Determining Stability Criterion in a Dipping Reservoir

If the pressure of the displaced phase (oil) just at the interface of the finger is higher than the displacing (solvent) pressure the finger will remain stable.

According to Darcy’s equation solvent and oil pressure (Ps and Po) just at the perturbation face could be find as: (see Figure 5‑41)

po = Reference pressure at the point of the unperturbed interface.

For the interface to remain stable:

using eq.(5‑47) critical velocity as the maximum velocity at which the interface will remain stable, defined as:

In derivation of eq. (5‑49) we assumed that there is a sharp interface between displaced and displacing fluid, while in miscible displacement there is a mixing zone between oil and solvent that solvent concentration change from zero to pure solvent in this zone. For this condition ust is defined as the maximum flow velocity for a completely stable displacement.

The velocity, ust, is called “stable rate”. Below this velocity the miscible displacement is completely stable throughout the transition zone.

The following equation shows a relation between stable rate and critical rate:

Example 5‑7
A miscible flood displacement is to be conducted in a laboratory experiment in which one glycerol/brine solution is displaced vertically downward by a second solution having a different concentration of glycerol. Liquid properties are as follows:

Solution
Equation (5‑48) is applicable for calculation of nc:

Fluid mixing results in an even smaller maximum velocity for stable flow.

As this example showed, the critical velocity is so low and most of the time, in field application, injection velocity is higher than this critical value. Several solutions were suggested to increase the final recovery of the miscible flood. Kantzas et al.[1] proposed a method to increase the final recovery of a vertical miscible performance using cyclic pressure pulsing. This method is illustrated in the next section.