Effects of Viscosity on Relative Permeability

Odeh mentioned that Leverett had shown earlier that the wide range of viscosity had essentially no effect on relative permeability[26].

Odeh developed a two-phase flow model which assumed that the porous medium consists of straight circular capillaries of different radii.  He also assumed that there are no interconnections among the capillaries and no mass transfer across the oil water interface.  During waterflooding, a layer of water is left between the oil and the walls of the capillary[26].

n = number of capillaries through which one phase flow

rc = radius of any capillary

rn = radius of oil phase in the capillary

is a series in rx / ro where rx is the radius of the smallest capillary which is filled with oil at an oil saturation So.

This equation indicates that relative permeability to oil is a function of saturation as well as the viscosity ratio, the thickness of the molecular layer and pore sizes.

Odeh performed experiments to investigate the effects of viscosity ratio on the relative permeability of the nonwetting phase ( kro ).  The results are shown in Figure 12. 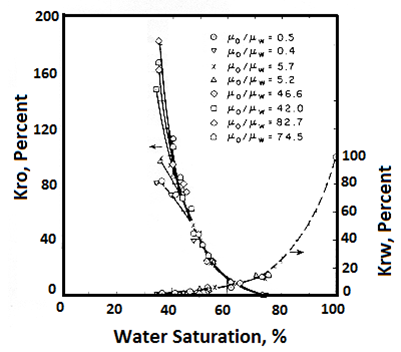 Figure 2-96: Effect of Viscosity on Relative Permeability (After 26)

The figure shows that the maximum differences in relative permeability values due to viscosity ratio variation occur at the point of minimum brine saturation.  This increase tends to a limit as the viscosity ratio becomes larger.