Comparison Between Capillary Pressure and Wettability

Similarities and analogs between capillary pressure and relative permeability curves for a two phase system is shown in Figure 2‑83. 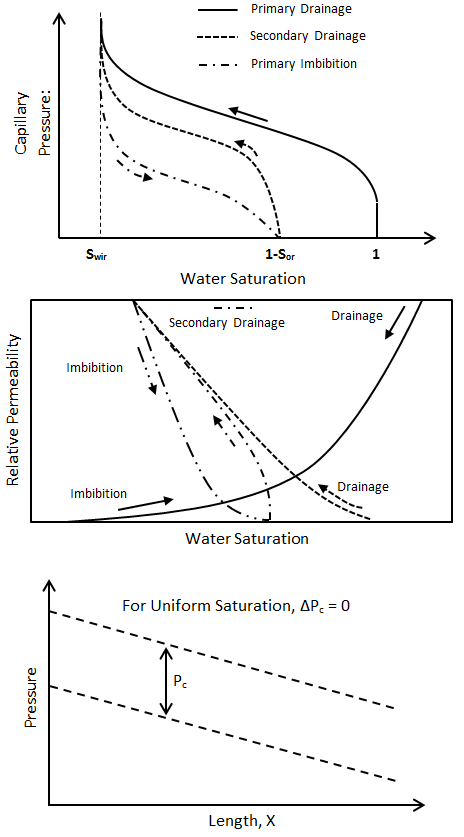 For both oil and water-wet systems, the sum of ( krw + kro ) is always less than 1, when the same base permeability is used for normalization ( i.e., ( krw + kro ) < 1 ).  The main reasons for this are: 1) dendritic to flow pore space; 2) the connectivity of the network of each of the phases in the occupied pores is much smaller than that of the porous medium under single phase flow; and 3) pressure of immobile (trapped) fluids.