Here 0.707 is a correction for the actual diffusion process length. 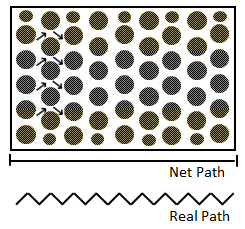 Figure 3-5: In a Porous Medium Fluid Generally Flowing at about 45° with respect to Average Direction of Flow

On the other hand grain shapes and sizes of a porous medium are not homogeneous all the time so the assumption of constant values such as 0.707 or 0.66 is not reasonable to use as the inverse of the tortuosity, so it could be more sophisticated to use the tortuosity in the formula instead of a constant value:

A more sophisticated and comprehensive approach was suggested by Brigham, Reed et al. (1961) and van der Poel (1962). These investigators recognized that there is an analogy between diffusion and the electrical resistivity factor with the following formula:

<< DIFFUSION COEFFICIENT AS A FUNCTION OF CONCENTRATION