The clay minerals present in natural rock act as a conductor and are sometimes referred to as “conductive solids”, but it is actually the water in the clay and the ions in the water that are the conducting materials.  Figure 2‑31 shows variation of formation factor with water resistivity for clean and clayey sands.  The effect of the clay on the resistivity of the rock is dependent upon the amount, type and manner of distribution of the clay in the rock. 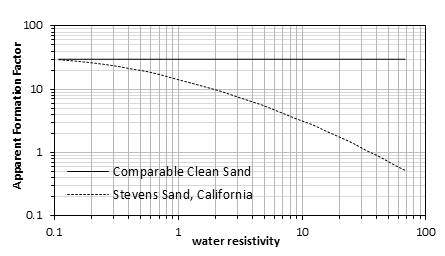 Therefore, Fa approaches F as a limit as Rw becomes small.  This was observed in Figure 2‑31.

The data presented in Figure 2‑32 shows the relationship expressed in the previous equation.  The plots are linear and are of the general form: 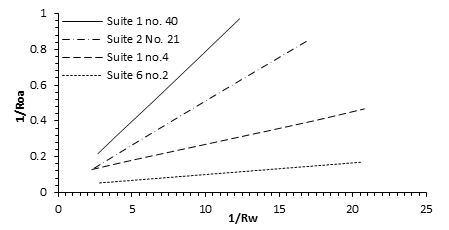