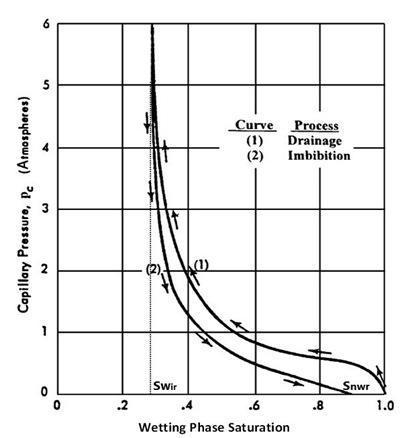 On the other hand at the same saturation capillary pressure in imbibition and drainage process are different. This difference in the saturating and de-saturating of the capillary-pressure curves is closely related to Contact Angle Hysteresis during the displacement.