c = velocity of light in vacuum,

n = velocity of light in the relevant phase, and 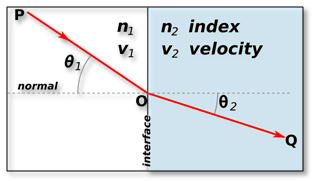 Figure 3-7: Refraction of Light at the Interface between Two Media

Eq. (3‑29), Snell’s law (also known as the Snell–Descartes law, and the law of refraction), is a formula used to describe the relationship between the angles of refraction and refraction index, when referring to light or other waves passing through a boundary between two different isotropic media, such as two fluid with different concentration of a solvent.

Where, θ is the angle of refraction.

Figure 3-8: Sample of Light Refraction Results a) Initial Time, b) After Diffusion Occurred

It is noted that the above method is suitable only for transparent fluids. As heavy oil, even when diluted, is opaque, such a method cannot be employed.