Principles of NMR and Processing 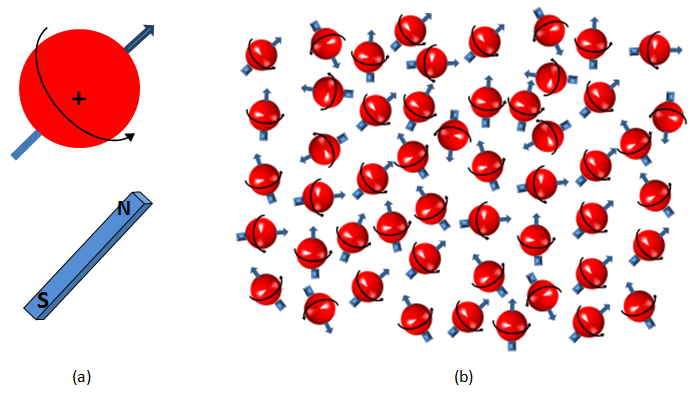 Figure 3-9: (a) Hydrogen Nuclei Behave as Tiny Bar Magnets Aligned with the Spin Axes of the Nuclei. (b) Spinning Protons with Random Nuclear Magnetic Axes in the Absence of an External Magnetic Field.

The difference between the numbers of protons with high and low energy level produces the bulk magnetization ‘M’, which provides signal measured by NMR devices (Figure 3‑10). The bulk (Macroscopic) magnetization ‘M’ is defined as the net magnetic moment per unit volume.

Figure 3-10: Line Up Nuclear Spisn in an External Magnetic Field

M is measurable and is proportional to the number of protons, the magnitude B0 of the applied magnetic field, and the inverse of the absolute temperature.

After the protons are exposed to the static external magnetic field ( B0 ), they are said to be polarized. Polarization does not occur immediately but rather grows with a time constant, which is the longitudinal relaxation time, T1:

t = the time that the protons are exposed to the B0 field,

Mz(t)The magnitude of magnetization at time t, when the direction of B0 is taken along the z axis

M0 = The final and maximum magnetization in a given magnetic field