Effects of Low IFT or Nca on Relative Permeability

Harbert noticed that the flow of low IFT fluids differs from that of conventional gas-oil-water systems in both sandstones and carbonates.  He found that both water and oil relative permeability curves were found to shift upward, indicating that the two phases interfere less with each other as IFT is reduced 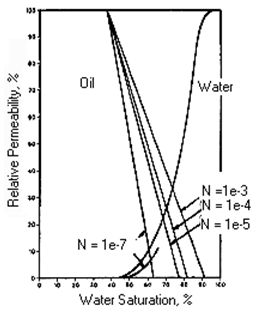 Figure 2-91: Effect of Capillary Number on Relative Permeability (After 9)

In this figure, kro appears to be a straight line while krw still maintains its curvature ( N in the figure is the capillary number, which is the same as Nca ).  Also, the change in krw as IFT changes is not significant.  However, Sor did change; in this case it becomes less than 10%.  For the lower capillary number, the water relative permeability curve is a function of saturation (no hysteresis).  Harbert also mentioned that at the same Nca and IFT, a less permeable core has a higher residual saturation.  This is expected because a core that was less permeability has pores that are not well connected, and the invading fluid cannot easily displace oil from these pores.

Foulser et al. proposed a model in 1992 for relative permeability at high capillary number for the flow of two or more phases[20].  This model allows the residual oil saturation to be reduced as the capillary number is increased.

As mentioned before, many people conventionally assumed that relative permeabilities are linear functions of saturations for low IFT fluids.  However, this model assumes that relative permeability is non-linear, as shown in some reports.  It also assumes that the flow of two or three phases can be represented by the flow of droplets of fluid through the pore network.  The geometry of the pore network was assumed to consist of capillary tubes.

The relative permeability can then be derived as a function of saturation according to this equation,

In this model the relative permeabilities are a function of phase viscosities as well as saturations.

EFFECTS OF TEMPERATURE ON RELATIVE PERMEABILITY >>